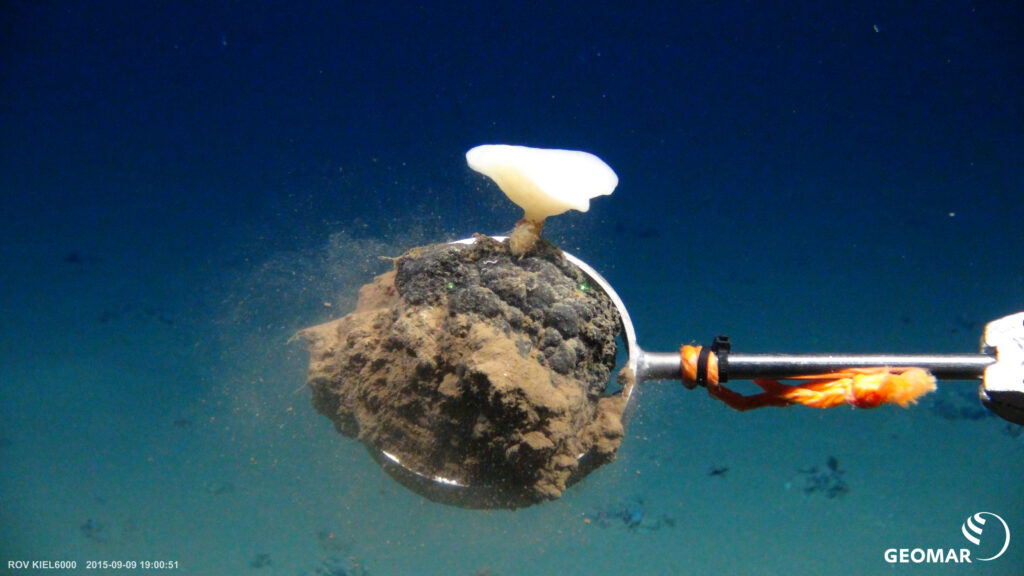 As part of the European JPI Oceans research project "MiningImpact", scientists from European research institutions are investigating the environmental impact of a device test in the manganese nodule belt between Hawaii and Mexico in the Pacific. The Belgian company Global Sea Mineral Resources (GSR) is using a prototype collector on a scale of 1:4 to test the hydraulic collection of the metal-bearing nodules from the seabed. The 12 x 4 x 5 metre device is lowered from a ship into 4,500 metres of water.

The test work will take place until mid-May, first in the Belgian and later in the German manganese nodule licence area. The monitoring of the BGR-led research expedition with the Norwegian vessel "ISLAND PRIDE" focuses on independent scientific investigations of the environmental impacts of this equipment test on a sub-industrial scale. Not only the direct impacts caused by the collector vessel in picking up the manganese nodules will be investigated, but also the effects of the resulting sediment cloud. In addition, further fundamental insights into deep-sea ecosystems will be gained.

In connection with the test, reliable data for the development of environmental standards and regulations will also be available for the first time for the International Seabed Authority e.g. for setting limits for the discharge of sediment particles.

The BGR will be presented from mid-April in a Blog regularly report on the progress of the scientific investigations of the test on their website.

Link to the joint press release of GEOMAR/MiningImpact