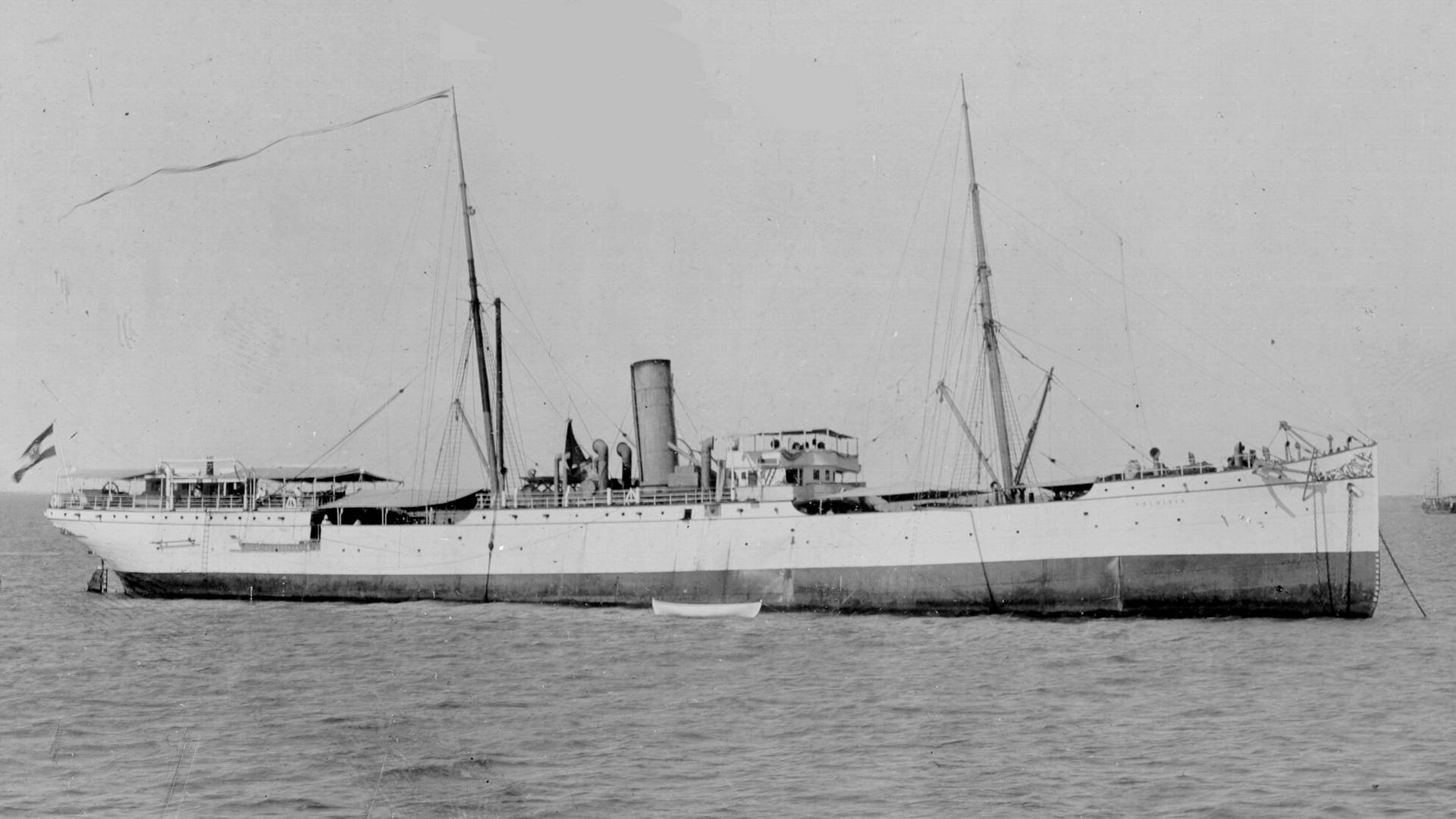 Major achievements in marine research, from 1872 to the present day: How scientists explore the Earth's oceans.What is possible today in marine research thanks to modern research robots and high-tech submersibles was still completely unimaginable on 21 December 1872.

On this day, the more than a dozen crew aboard HMS Challenger set sail from Portsmouth, United Kingdom, and established modern oceanography on their nearly five-year expedition around the globe. Read all about the most important milestones in the history of marine research here.

The expedition of the British steam corvette "HMS Challenger" around the world is considered the beginning of modern marine research. For the first time, precise knowledge about the oceans was gained - from surface temperatures to the nature of the deep sea floor.

After the start in Portsmouth, the "Challenger" covered around 70,000 miles (130,000 kilometres) and sailed via the Cape of Good Hope, Melbourne and Montevideo back to its home port. The crew carried out 374 deep-sea soundings, 255 deep-sea temperature measurements and 240 trawls. The results were published in 50 volumes in 1896.

With a research voyage of the "S.M.S. Gazelle", the German Empire also entered research shipping. The corvette was equipped with the best measuring instruments of its time. Renowned scientists recorded, for example, bottom profiles in the South Atlantic and the major ocean currents at the equator and near New Guinea.

Under the command of Vice Admiral Georg Freiherr von Schleinitz, the "S.M.S. Gazelle" sailed around the globe from Kiel. The explorers compiled their findings - in the fields of botany, geology and astronomy, among others - in five volumes, which were published in 1889/90.

The Kiel marine biologist Viktor Hensen led the world's first research expedition to focus on plankton in the ocean. Plankton is the term for organisms that live in the water and whose swimming direction is determined by the currents. The term was coined by Hensen.

During the plankton expedition on the steamer "National", the scientists recorded the distribution of plant and animal plankton in the different zones of the Atlantic. Hensen wanted to preserve the yield of the fishing grounds - also by regulating catches - with a scientific approach.

The political and economic turbulence of the 1920s did not spare German marine research. Nevertheless, the German Atlantic Expedition succeeded in systematically surveying an entire sub-ocean, the South Atlantic - a first in international marine research in this level of detail.

The expedition lasted 777 days and confirmed the initial thesis of its leader Alfred Merz: the currents in the water are determined by density differences, which in turn depend on salinity and temperature. The insight enabled a completely new view of the dynamics of the oceans.

With the "Johannes L. Krüger", the first research vessel of the Seehydrographic Service (SHD) of the GDR was put into service. Its most important task was sea surveying. Although the scientists documented a large saltwater intrusion from the North Sea into the Baltic Sea on the first measurement voyage, marine research in the GDR was nevertheless only promoted to a limited extent.

The SHD was initially subordinate to the Main Administration Maritime Police and later to the People's Navy of the National People's Army (NVA). In 1963, the "Johannes L. Krüger" was renamed "Professor Albrecht Penck".

This year marks the Federal Republic of Germany's re-entry into fisheries research. Barely ten years after the end of the Second World War, the research vessel "Anton Dohrn" was put into service. The ship was in service until 1972 - with up to 15 scientists and 30 crew on board.

After the launch of the "Anton Dohrn", almost ten more years passed before German marine researchers once again became part of the international community. With the first expedition of the ship "Meteor", painted all in white, the Federal Republic of Germany took part in an international expedition to explore the Indian Ocean in 1964. 45 ships from 14 nations took part.

The christening of the Federal Republic's first research vessel, the white "Meteor",
marked the new beginning of German marine research. In the Atlantic and the Pacific, the Arctic and the Antarctic, scientists researched the processes in the sea - from the structure of the Iceland-Greenland Ridge, to the formation of tropical thunderstorms, to the dance of dolphins off the coasts of Africa.

Before the white "Meteor" was replaced by its successor, the blue "Meteor", in 1985, it covered a distance equivalent to 30 times the circumference of the globe. Around 3,000 scientists took part in the 73 expeditions.

With the construction of the first Neumayer Station and the research icebreaker "Polarstern", Germany returned to continuous research in the Antarctic. This became possible after the Federal Republic had become a member of the Antarctic Treaty two years earlier.

Neumayer Station has already had to be rebuilt twice after the first and second stations (built in 1992) sank in snow and ice. Neumayer III Station was opened in 2009 and is expected to last at least 25 years. In the Antarctic summer, it offers space for 40 people. The most important research areas: Meteorology, geophysics, air chemistry and acoustics.

VISIT US AGAIN SOON ... THIS PAGE WILL BE UPDATED!