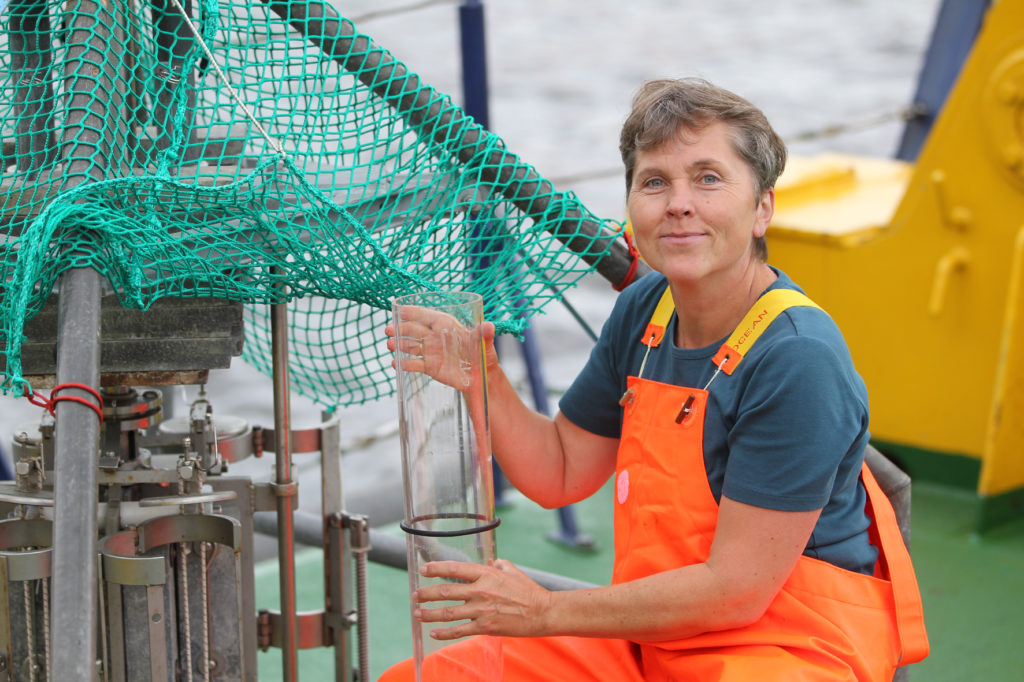 Maren Voß is being honoured for her groundbreaking research on the importance of nitrogen in marine cycles and in particular its role in the overfertilisation of the Baltic Sea. Using innovative methods, she recorded the different input sources and conversion processes of this nutrient and thus contributed to the increased focus on nitrogen in combating the overfertilisation of the Baltic Sea. She has been working on the nitrogen cycle in the Baltic Sea for over 25 years and has published almost 70 studies on this topic.
Maren Voß came to Warnemünde in 1992 from the University of Kiel to the newly founded Institute for Baltic Sea Research. There she played a major role in significantly expanding the field of biological oceanography by setting up specialised laboratories and establishing innovative analytics. In the Baltic Sea region, Maren Voß was the first to use stable isotope analysis in water and organic matter to decipher the processes within nutrient cycles.

From the Foundation Board's justification for this year's award: "As before, [Maren Voß'] laboratory is at the forefront of [stable isotope analysis] to identify sources of eutrophication and understand critical processes of the nitrogen cycle. [...] Her work at continuously the highest scientific level has led to a better perception of the problems of the Baltic Sea also in an international context. In numerous interviews and publications, she has pointed out that nitrogen inputs to the Baltic Sea can also be effectively reduced by changing individual lifestyles, such as reducing meat consumption. She has led several EU projects to success as a leader and participant. Sharing her knowledge has always been a major concern for her. Numerous scientists trained by her are still working for a healthier Baltic Sea today. [...]

The Björn Carlson Baltic Sea Foundation is a private foundation established in 2005 by Björn Carlson (1935-2021). Its aim is to promote measures to improve the Baltic Sea environment. Initially, the foundation awarded grants for research and application projects. In 2021, it realigned its focus and endowed the annual Björn Carlson Baltic Sea Prize, which will be awarded for the first time in 2022. It recognises research and initiatives that make a valuable contribution to improving the Baltic Sea environment. The Foundation's Nomination Committee had proposed three people, from which the Foundation Board selected Maren Voss as the prize winner.

The award ceremony by the Swedish Crown Princess Victoria will take place on 3 June 2022 at the Baltic Sea Science Center in Stockholm. Further information: bcop.se.